Your Complete Guide to Local Businesses, Attractions, and Restoration and Cleaning Services in Atlanta, GA

The beautiful skyline of Atlanta, GA

Atlanta, GA is a major city in the southeast United States that has a rich culture, diverse economy, and a strong connection to American history. It is the ninth largest city in the country and is also the capital of the state of Georgia. Following the Civil War, Atlanta built itself up from the rubble and became a major center of commerce due to its location at the intersection of two major railroad lines. The city is still a major transportation and logistics center with the world’s busiest airport since 1998. Atlanta also played a prominent role throughout the American Civil Rights Movement.

Whether you are a resident in Atlanta or the surrounding suburbs or a business owner, it is important to be aware of the local disaster restoration and cleaning services that are available. The Atlanta weather has plenty of precipitation and humidity year round that can cause problems with mold and water damage and the area is also prone to tornadoes that can cause significant destruction to your home or property. If a natural disaster, fire, or accident should cause damage to your home or business, contact a local provider of disaster restoration and cleaning services immediately to limit the damage and get your property restored. 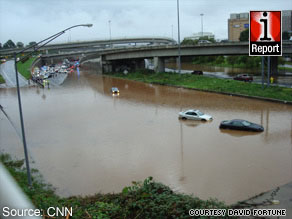 The Atlanta weather features abundant humidity and rainfall throughout the entire year which is a constant threat to cause water damage in your home or building. Excess water from the rain can enter a home in a variety of ways and high humidity can contribute to condensation inside the home which can lead to water damage or mold growth. It is important for Atlanta area residents to be aware of the potential for water damage and contact a professional once any damage is discovered. A water damage restoration expert can remove the excess water or moisture and dry out the furnishings and structural elements of your home.

Mold and mildew often appear within just a few days of contact from moisture or water and it causes several problems within a home or building such as destruction of property and adverse health reactions from mold exposure. The consistent humidity of the Atlanta area only makes the conditions more favorable for mold so homeowners and business owners should be on the lookout for mold and mildew growth and be ready to take action. If you discover mold growing on your property, call a mold removal professional immediately before the growth spreads further or causes negative reactions or infections to those that are exposed. A mold remediation specialist will remove the mold growth from the building and fix the moisture source that caused the mold.

Few disasters that can occur within a home or building are more destructive than a fire and even after the flames are extinguished, the damage can continue to spread. The corrosive byproducts from the fire can cause soot damage to become permanently etched and even the water used to put out the fire can lead to mold growth. It is important to contact a fire damage restoration professional to begin the restoration process before the damage spreads or becomes permanent. There are local fire damage repair specialists in Atlanta that can help restore the damage and remove residual smoke odors. 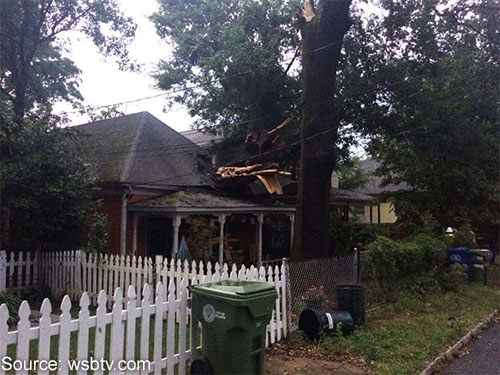 A house, severely damaged by a hard storm in Atlanta, GA

Shelter from the Storm: Storm Damage Restoration in Atlanta, GA

The above average humidity and precipitation in Atlanta create the appropriate conditions for thunderstorms that can sometimes turn severe as well as tornadoes. The Atlanta area has also been known to be affected by hurricanes which can cause major destruction to homes and buildings. There are service providers in Atlanta who are ready to provide storm cleanup services whenever a natural disaster strikes. These professionals will clean up any debris around your property and repair any damage caused by the storm to restore the home or building to its original condition. 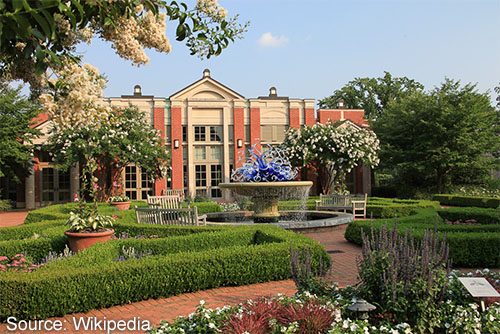 One of the most popular parks – the amazing Atlanta Botanical Garden

The weather in Atlanta is characteristic of the humid subtropical climate which consists of four seasons, high humidity, and ample precipitation throughout the year. The summers are very humid with hot temperatures that are more intense within the city than the surrounding suburbs because of the urban heat island effect. The most rain occurs during the summer and winter with the moderate spring and fall seasons receiving considerably less rain, but still more than the national average. The winter is relatively mild, dropping below freezing on occasion, with very low annual snow fall. Ice storms are the biggest problem for Atlanta in the winter as they can cause property damage and dangerous conditions for traveling.

The biggest weather concerns in Atlanta are flooding, storms, and tornadoes that can all result from the above average humidity levels and rainfall. Each of these concerns can lead to water damage or more serious destruction to property if a storm is severe enough. Homeowners and business owners in Atlanta should be prepared for the possibility of this weather and immediately contact a local disaster restoration service provider to deal with water damage or storm damage as soon as it occurs. 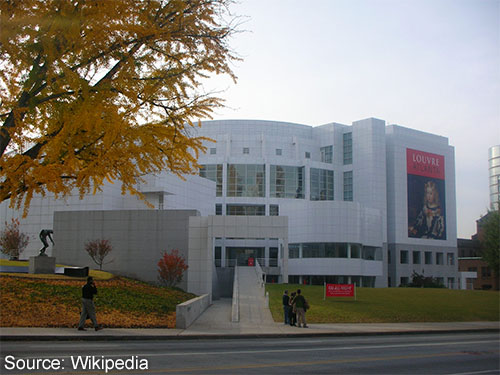 High Museum of Art – the most popular art museum located in Atlanta, GA

Empire City of the South: Business and Economy in Atlanta, GA

Atlanta has a very large and diverse economy that is ranked the tenth largest in the United States by gross domestic product (GDP) with the third highest concentration of Fortune 500 companies that include Coca-Cola Company, AT&T Mobility, UPS, The Home Depot, and Delta Air Lines among others. It originally rose to prominence post-Civil War as a logistics hub on the intersection of two major railroads and though the economy has grown more diverse, logistics is still a major part. Atlanta’s largest employer is Delta Air Lines and the Hartsfield-Jackson Atlanta International Airport has been the busiest airport in the world since 1998.

In addition to logistics, media and entertainment also contribute significantly to Atlanta’s economy. There are two major cable television networks founded by Ted Turner that operate out of Atlanta; the Cable News Network (CNN) and the Turner Broadcasting System (TBS). The Weather Channel also has their headquarters in nearby Cobb County. The presence of these cable networks in and around Atlanta have made it a hub for film and television production as well with Turner Studios, Pinewood Studios Atlanta, Williams Street Productions, and the EUE/ Screen soundstages located within the city. 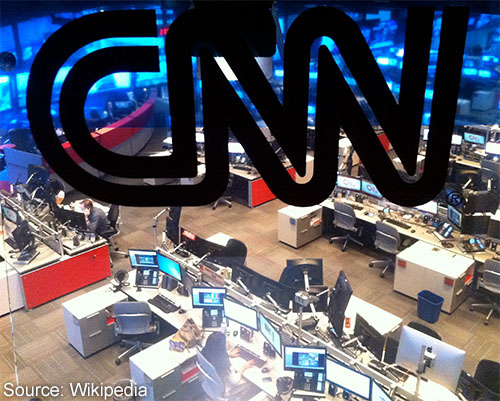 The Newsroom of CNN, located in Atlanta, GA

Forbes magazine included Atlanta on their August 2013 list of the Best Places for Business and Careers and many professionals are driven to Atlanta by the low cost of living. If you run a business in Atlanta, it is important to make sure your building or office space is well maintained to improve its appearance and create a better working environment. 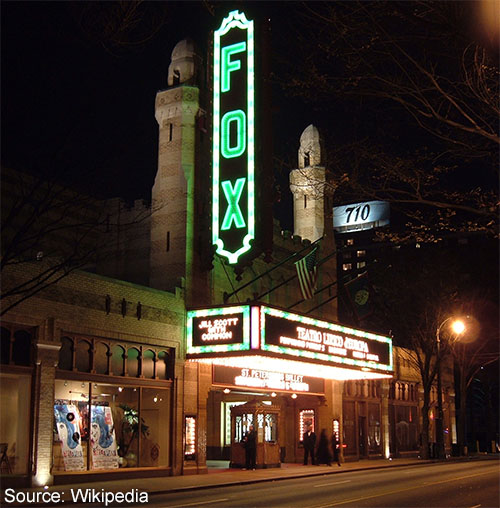 The building of Fox Theatre, located in Atlanta, GA

One of the best ways to keep your building maintained is to have the floors professionally cleaned. The flooring in a public building experiences day to day use which can quickly cause wear and tear, especially with carpet. There are local service providers in Atlanta that offer commercial carpet cleaning as well as hardwood floor cleaning to help you keep your floors clean and looking their best.

Fun Things to do in Atlanta: Popular Attractions and Events in the Big Peach

Atlanta has become increasingly multi-cultural in the last half century but it still retains a distinctly traditional Southern culture as reflected by the variety of Atlanta attractions and events. The following are among the most popular things to do in Atlanta.

Representing RestorationMaster Finder as a Copywriter and Social Media enthusiast.