How to Find Frozen Pipes

Frozen Pipes are More than Inconvenient 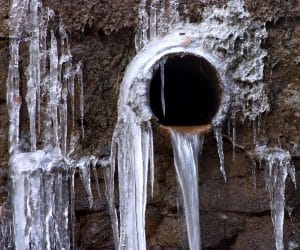 Frozen pipes can be an inconvenience, because they affect your home’s water supply, as the water may have difficulty running through the pipes. Frozen pipes can cause property damage, too. When temperatures are cold enough, the water inside the pipes will freeze into ice. When water turns into ice, it expands in size. If the water expands enough, then it places pressure on the pipes. Enough pressure will then cause the pipe to burst, not only damaging the pipe but also spreading water throughout your home and causing water damage.

However, frozen pipes don’t automatically lead to burst pipes that can damage your property. They simply have the potential to burst. If you can thaw frozen pipes, then you can prevent them from causing problems. You need to locate the frozen pipes first, though.

1. Which Pipes are Vulnerable to Freezing

There are some pipes in your home or building that are more likely to freeze than others. Because of this, you should pay closer attention to these areas during the winter and take the necessary precautions to prevent them from freezing. These are also places to consider looking if your property does have a frozen pipe.

Pipes in Attics and Basements

Pipes that are located in attics and basements don’t get heated as well as pipes in other areas of your property. Because of this, they’re more prone to freezing, especially if these areas are used regularly. To prevent this, insulate the pipes thoroughly.

Pipes that are located along exterior walls are not only closer to the direct cold from outside, but they often lack proper insulation, too. Knowing this, you need to provide more insulation for these pipes to make them less vulnerable.

If you turn on a faucet and the water pressure is poor, then this may be a sign of a frozen pipe. Likewise, if your faucet only lets out just a trickle of water or even no water at all, then this can also indicate that a pipe has frozen. There can be ice inside of the frozen pipe that is blocking water from running through the pipes, allowing only small amounts of water through.

If you notice frost or ice on any pipes, then this is a surefire sign that the pipes have frozen and need to be addressed promptly.

If you notice a bulge in your pipes, this can mean it has frozen. Ice may have formed and expanded, creating a bulge in the pipe. This is particularly concerning because of the pressure the ice is placing on the pipe, meaning it may burst if not addressed properly.

When water cannot properly travel through pipes and drain to their destined location, then they’ll back up the pipes. In such cases, this can lead to strange smells, as the odor will only be able to travel back up.

Not all pipes are accessible, but some, such as the ones beneath sinks, are easy to access. Take the time to inspect the pipes you can see and look for signs that they have frozen: frost, ice, bulges.

Because water supply issues are one sign of frozen pipes, a good way to figure out where a frozen pipe is located is to test all the faucets to see which ones are working correctly.

After you figure out which pipe is frozen, you need to narrow the search down further by finding the frozen spot of the pipe. Trace along the affected pipe line to look for signs of freezing: bulges, frost, ice. If there are no visible signs, pay attention to the temperature and find where the pipe is the coldest.

If you cannot locate the frozen pipe yourself, call a professional plumber to help.

To thaw the frozen pipe, you can use several techniques. But first, if your faucets can run any water, turn them on. Even the faintest trickle of water will help thaw the frozen pipe. If not, it’s helpful to still open the faucet; that way, you know when the pipe has thawed.

You can soak a towel in hot water and wrap it around the pipe, or you can wrap an electric heating pad around it. You can also use a hair dryer or another heat source to heat up the frozen pipe; however, never use anything with an open flame, as it is unsafe to do so. 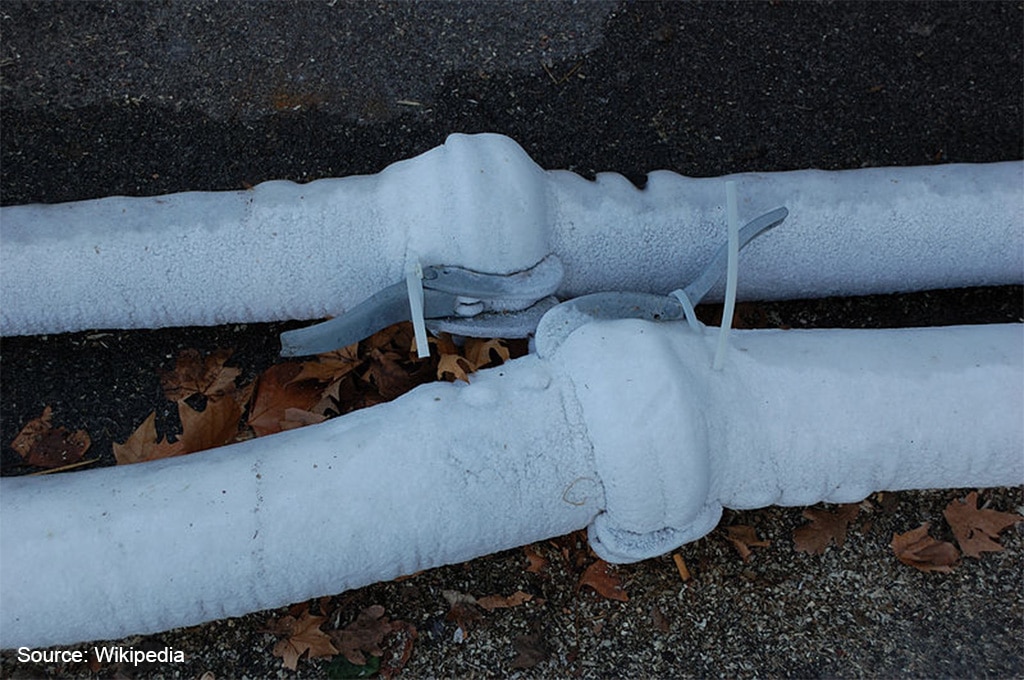 In the event that a frozen pipe bursts in your home or building, seek professional help from a water damage restoration professional right away. The pipe burst will have spread water throughout your property, and the longer the water lingers, the more property damage it can cause. Lingering water and moisture can also encourage mold growth.

With immediate help, the damage can be limited. Professionals will tend to the property and water damage, performing cleanup, water extraction, and property restoration.