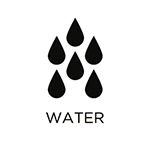 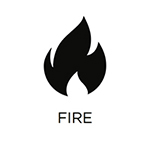 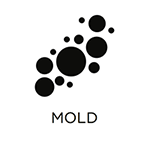 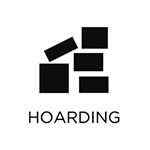 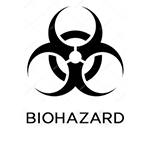 It is both traumatic and hazardous to come across the scene of a death or major injury. These trauma scenes may contain biohazard substances such as bodily fluids and blood that can infect those who come in contact with them. If you encounter such a scene, it is critical to first contact law enforcement and EMT. Then, it is time to call a disaster restoration service to perform safe and effective biohazard cleanup.

ServiceMaster by Replacements provides biohazard cleanup services in Union, NJ. Our trauma cleaning experts use advanced methods and protocols to ensure complete cleanup in a safe and effective manner. Our crime scene cleaners will also work closely with local law enforcement so as not to interrupt any ongoing investigation. 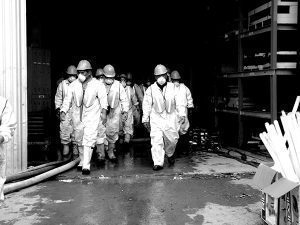 While it is certainly difficult to maintain a cool head when coming across a major accident or crime scene, it is important to be mindful of the potential dangers. Bodily fluids and other biohazard substances are often found at trauma and crime scenes and can spread infections.

For this reason, it is crucial that only trained and licenses biohazard cleanup professionals attempt to remove the hazardous materials and clean the area.

If you do happen to come across a biohazard scene, accident, or crime scene, keep your distance from the affected area. Then, contact law enforcement and EMTs. These professionals are an important first response but are not the ones who are trained to handle biohazard cleanup.

This is why it is necessary to contact ServiceMaster by Replacements for crime scene cleaning and biohazard cleanup services in Union, NJ. We have the expertise and the equipment to perform all kinds of biohazard cleanup throughout Union County.

Our ServiceMaster biohazard cleaners are trained to handle traumatic scenes such as major accidents and crime scenes. We are IICRC certified and follow OSHA protocols to ensure the scene is restored to a safe condition.

Our crime scene cleaners are also trained to cooperate with local law enforcement so that each team of professionals can do their job properly.

Our biohazard cleanup services in Union, NJ consist of the following:

We can provide biohazard cleanup in Union, NJ for the following scenarios:

It is important to contact relevant authorities to deal with a crime scene, accident, or major biohazard. However, it is equally important to get a licensed biohazard cleanup professional on the scene as well to restore the property to a safe condition.

Piotr Matosiuk and his crew were very professional and did a fabulous job! Robert Dimitro was also excellent to work with.
Report a concern