A beautiful sunrise over Chicago, IL.

Chicago, IL is one of the more iconic cities in the United States with a population and gross metropolitan product that is third only to New York and Los Angeles. The Chicagoland area is located in the heart of the Midwest along the southwest shores of Lake Michigan and it is one of the leading global cities in the world, ranked seventh according to the Global Cities Index in 2014. In addition to being a global hub for industry, commerce, and transportation, Chicago also boasts a rich cultural tradition in the arts, theater, and music.

The city of Chicago was almost completely destroyed by the Great Chicago Fire of 1871 but the rebuilding process led to an architectural renaissance that paved the way for modern construction followed by a period of growth and development into one of the country’s leading cities. From its earliest days as a center for railroads and stockyards, Chicago has had a blue collar reputation and a reputation for resiliency in the face of adversity. If you own a home or business in Chicago or the surrounding suburbs, it helps to know that there are disaster restoration as well as commercial and residential cleaning service providers that can restore and protect your property. 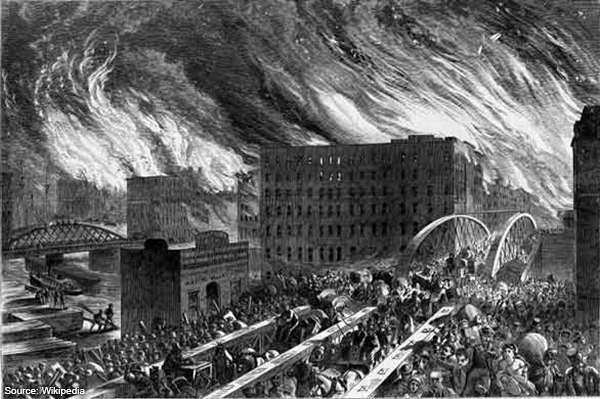 The Great Chicago Fire is one of the most horrifying U.S. disasters of the 19th century, leaving thousands of people homeless.

Chicago has a bit of a history recovering from fire damage and there are trusted professionals in the Chicago area that will help restore your home or business following a fire. Fires often happen without warning and they can cause very significant damage in a short period of time. Quick action is crucial after a fire because the corrosive byproducts can continue to cause damage that will become permanent if it is not restored. A reliable fire damage restoration professional will clean and restore the soot and smoke damage from the fire as well as remove the lingering smoke odor.

The weather in Chicago is infamous for its inconsistencies as it varies drastically between seasons and can even change within the same day. The Chicago area experiences all four seasons which include hot and humid summers, cold snowy winters, and relatively mild fall and spring seasons. Sometimes there can be unseasonably cold or hot temperatures in the spring and fall and the city may also experience extended cold or heat waves during the winter and summer respectively. During the spring and fall, thunderstorms are quite common but they can sometimes lead to high winds, flooding, and tornadoes.

The Chicago weather which can be humid, wet, and at times unpredictable, has caused many problems for homeowners from flooding and excessive moisture to storm damage and mold growth. It is important for Chicago area homeowners to be prepared for bad weather and be ready to call a professional for water damage restoration or mold removal. 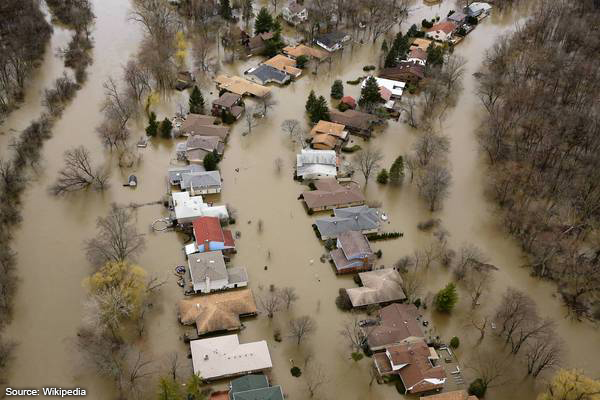 A thunderstorm can happen just about any time of year in the Chicago area and the heavy rains can cause water damage such as flooding in your home or building. As soon as you discover water damage, it is important to call for water damage restoration services because the building materials of a home or building absorb excess moisture quickly which causes it to spread. Ignoring water damage will also lead to mold growth which causes additional damage and health problems. A water damage restoration professional will remove all excess water and moisture and repair the damages it caused to the structural elements and furnishings of your home.

The humid conditions of the spring and fall seasons in Chicago create a favorable environment for mold growth so it is important for homeowners and business owners to check their property for mold. Mold is not only a threat to destroy property, it can also cause health problems such as allergies and infections if the spores are breathed in. A trusted mold removal professional will completely remove all mold growth from your property and either restore or replace the affected surfaces. Make sure to call for mold remediation as soon as you discover it because it will continue to spread until the proper action is taken.

The Neighborhoods and Communities of the Windy City

The layout of Chicago makes it unique in that it is only divided into three main sections, the North Side, South Side, and West Side that spread out around the main district of downtown Chicago referred to as the Loop. Each major section of the city contains residential areas with high rises along the lakefront and many residents in Chicago and the surrounding suburbs like to keep their homes clean and well maintained. There are reliable local service providers in the Chicago area that offer a variety of residential cleaning services to help Chicago residents keep a clean home whether they are in the city or suburbs. 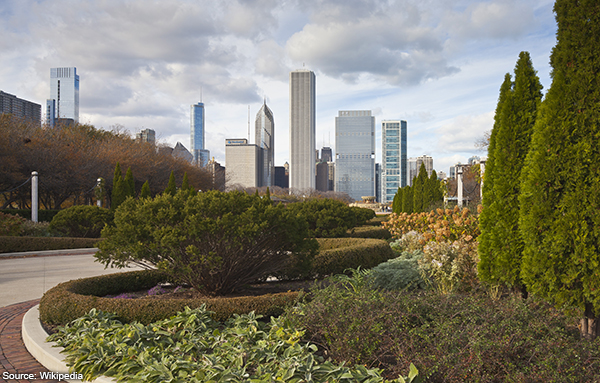 Carpet and Upholstery Cleaning for Chicago

The cleanliness of a home or building can contribute to a healthy environment, especially when it comes to the air ducts. The air duct system is responsible for the air circulation of a home or building but as the air passes through the system, dirt, dust, and other airborne debris gather within the ducts and on the components. This debris will not only decrease the efficiency of the heating and cooling, but it will also re-enter the breathing air when the system kicks on which will result in low quality air. Companies that provide professional air duct cleaning services can effectively clean the entire air duct system and its components to improve the efficiency of the system and contribute to healthier breathing air.

Many homes and apartments in Chicago and the surrounding suburbs have hard surface floors that must be properly cleaned and maintained to preserve their look and their life. Hard surface floors may include hardwood floors, laminate floors, and tile and grout surfaces which can each accumulate dirt and mildew within the crevices that will not be removed with sweeping and mopping alone. A reliable service provider can effectively clean each type of hard surface floor using specialized equipment that removes dirt and debris from deep within the floor crevices. These services will restore the look of the floor and help extend its life. 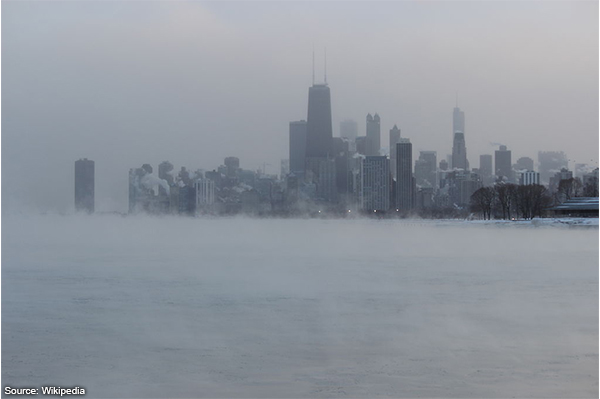 Furniture Repair and Restoration in Chicago

Most residents within the city of Chicago live in apartments, condos, or other tight spaces which makes the furniture a very important part of the living space. Over time, wooden furniture may become worn out, cracked, scratched or broken and the upholstery can become worn out or dirty which diminishes its look and could cause it to deteriorate. If your furniture becomes worn out, scratched, or broken, it may be possible to repair it without having to replace it. Furniture restoration experts in the Chicago area can repair and restore worn out or broken furniture, including antiques, to save you the cost and trouble of replacement. Make sure to contact a furniture repair professional before deciding to replace your furniture.

The Balanced Economy of the City of Broad Shoulders

Chicago started out with an economy centered on meatpacking and the railroad and they now have one of the most balanced and diversified economies in the U.S. The city is a major center for finance, industry, commerce, technology, and transportation with over 60 Fortune 1000 companies and 12 Fortune Global 500 companies headquartered in the metropolitan area. In fact, the Chicago metropolitan area has the third biggest labor pool in the country and is considered the world’s fourth most important business center according to the MasterCard Worldwide Centers of Commerce Index.

The magnificent building of Chicago’s Board of Trade

Transportation is another major part of Chicago’s economy with two major companies of the airline industry headquartered in the city; Boeing and United Airlines. Chicago originally became a major transportation center in the 1840s with the development of the railroads and remains an important center for transportation and commerce. The city still has the most U.S. highways and freight trains entering the area and O’Hare International Airport is the world’s busiest airport.

From the Mag Mile to the North Shore: Fun Things to do in Chicago

Chicago is loaded with popular attractions and events that continually draw in people from the suburbs as well as the rest of the country. From the Magnificent Mile downtown to the blues clubs on the city’s north side, here is a list of fun things to do in Chicago.

Chicago’s downtown area is right on the shore of Lake Michigan and contains some of Chicago’s most popular attractions including the Magnificent Mile, Navy Pier, Soldier Field, and the Museum Campus. 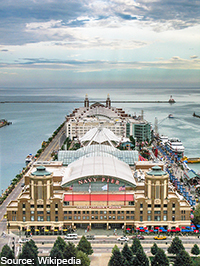 Navy Pier is a very popular attraction in Chicago, IL

Chicago has no shortage of activities involving the performing arts such as music and theater as Chicago is home to several renowned theater companies and theaters. The city is also widely considered the home of the blues and has made its mark on several popular music trends.

Chicago is the third largest market for professional sports in the U.S. and it has a professional team in each of the four major American sports.

Chicago is home to a wide variety of restaurants that serve everything from American cuisine to ethnic cuisines of all kinds. Many restaurants can be found in the ethnic sections of Chicago such as Little Italy, Chinatown, and the Village but Chicago also has several dishes unique to the city. The deep-dish pizza is believed to have been created in Chicago and several pizza chains as well as independent restaurants offer this style pizza.

Other notable food specialties associated with Chicago include the Chicago-style hotdog, the Maxwell Street Polish, and the Italian beef sandwich. There are plenty of restaurants that serve this style food all over the city and the Vienna Beef plant, which processes hot dogs and sausages, is located on the city’s north side.