What Does a Winter Freeze Mean for Your Pipes?

A winter freeze is no stranger to many parts of the US. Temperatures drop to below freezing, causing homeowners to shiver and shudder at the thought of a frozen pipe. Homeowners are advised to prepare for the winter freeze by protecting their plumbing systems. 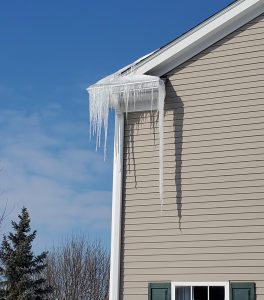 Outdoor temperatures that drop to 20 degrees Fahrenheit or below are worrisome. At these subfreezing temperatures, indoor pipes will start to freeze. Depending on the home’s geographical location, such as areas that expect colder weather, the water pipes may be better insulated.

When outside temperatures remain at subfreezing levels for at least six consecutive hours, the pipes are most likely to freeze. The water pipes that freeze can subsequently burst; however, this depends on how well the home is insulated and how far inside the home the interior pipes are located.

Geographical area is an important factor when it comes to the likelihood of pipes freezing. Homeowners who reside in areas that are not normally affected by cold may have pipes that are less insulated. When an unexpected winter freeze arrives, it is likely that these pipes will freeze and burst.

Water pipes are susceptible to bursting during subfreezing temperatures due to an increase in water pressure. Cold water can cause the pipes to contract. Weak parts of a water pipe can eventually rupture due to the water pressure inside (which the pipes are unable to withstand).

Moreover, the ice formations inside the pipes expand and cause a blockage. As the ice block grows, water is unable to pass through; this causes significant water pressure. Pipes that have a buildup of water pressure are subject to cracking or bursting.

What are signs of a frozen pipe? 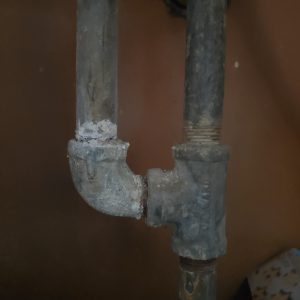 One of the most telltale signs of a frozen pipe is when the homeowner turns on the faucet, and little or no water streams out. Decreased flushing power from the toilet is another indication that a leak in the water pipes has occurred.

Discolored water (water that has turned from clear to a brownish hue) can mean a problem with the pipes. A burst pipe will cause persistent leaks; a homeowner who has cleaned up a leak under the sink may find another water puddle in the same place a few hours later.

Unusual noises coming from the plumbing system are warning signs that damage has occurred to the pipes. Hissing, gurgling, and clanging sounds are common when the pipes struggle to let water freely pass through. A sharp rise in the water bill may also suggest a leak somewhere in the pipes.

How do homeowners prevent frozen pipes?

A homeowner can take precautions to ensure the water pipes do not freeze and burst when the winter temperatures drop to below freezing. It is important that the homeowner pay attention to the plumbing system when temps change and regularly check for leakages in the pipes.

When outdoor temperatures are expected to drop to 20 degrees Fahrenheit or below, keep one or two faucets running. Flowing water, even if only a trickle, will prevent ice from forming inside the pipes. Let the kitchen faucet drip, for example, to keep the line from freezing.

Open the cabinet doors in which pipes are located. During subfreezing temperatures, the circulation of heated, indoor air may prevent the pipes in these areas from freezing. Similarly, turn on the heat so that normally unheated parts of the home, especially where water lines are located, remain warm.

Homeowners should seal any air leaks near the pipes using caulk or insulation. Examine areas around the dryer vents, electrical wiring, and pipes for potential air leaks. Even a small amount of cold air can enter through the gaps and cause the pipes to freeze and possibly burst.

What types of damage results from a burst pipe?

While a frozen pipe can be successfully thawed with a heat lamp, hairdryer, or towel soaked in hot water, a burst pipe requires professional help. The burst pipe will flood the home and cause extensive water damage. If left untreated, the water damage will lead to mold growth.

The flooding from a burst water pipe can potentially damage the floors, floor joints, electrical wiring, furniture, walls, and appliances. When a homeowner delays the repair of the ruptured pipe, the resulting water damage and mold infestation can lead to excessively high repair bills.

Homeowners who reside in geographical areas that are exposed to the cold each winter season are advised to prepare for the annual winter freeze. Taking precautionary measures to protect the water pipes when temperatures drop will reduce the likelihood of water damage.

When To Seek Experts

Despite a homeowner’s best efforts to protect the plumbing system, a burst pipe may occur. When you are faced with a messy case of water damage, consult the pros. Their speedy response ensures your flood damaged home or business will be fully restored.

Water damage, especially from a burst pipe concealed behind a wall, may not always be visible. Water damage technicians are equipped with the latest restoration technology to identify even hidden water damage. They use state-of-the-art tools to restore damaged areas in both concealed and visible spaces.

Homeowners can expect top-notch water damage restoration when they call professionals. Upon removing the excess floodwater, specialists dry and dehumidify the affected areas. They also offer content cleaning and pack out services to restore personal items, like art and electronics.