Whenever there’s a potential threat of a storm developing into a hurricane, it’s concerning for a few reasons. Not only can such a storm jeopardize people’s safety, but also it comes with serious hurricane damage for large areas.

In mid-summer on July 13, Hurricane Barry made landfall in Louisiana as a Category 1 storm. However, its hurricane label didn’t last long. Barry weakened and was then downgraded into a tropical storm and later to a tropical depression. But that doesn’t mean it didn’t cause a significant amount of hurricane damage. 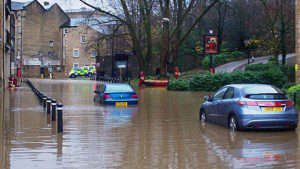 In addition to high speed winds, Barry brought massive rainfall totals and significant flooding. Prior to Hurricane Barry, the Mississippi River was already at an abnormally high level, but the recent storm worsened the flooding.

The western part of Louisiana was heavily affected by the storm. Some areas of the state saw as much as 18 inches of rain, resulting in severe flooding for some. Less affected parts of Louisiana may not have seen amounts of rain as extreme as those toward the western part, but they still felt the storm’s effects, suffering from storm damage. The New Orleans area received up to 3 inches of rain.

Water damage, in general, is concerning because of the harm it can cause your residential or commercial property. However, floods are even more problematic, because the large volume of standing water can result in severe damage that ruins the structural integrity of your home or business. Porous materials will continue to absorb any moisture and deteriorate in the process. This amount of water also encourages mold growth, which causes even more property damage as it eats away at various building materials.

According to the analytics firm CoreLogic, Louisiana is estimated to have suffered somewhere between $200 million and $400 million in flood losses due to Hurricane Barry. This, however, just covers the water and flood damage the storm caused. 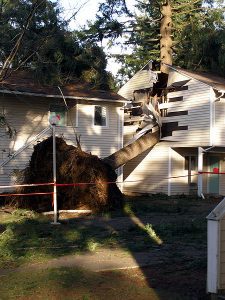 At a minimum, a category 1 hurricane features 74 mile-per-hour winds. With such wind speeds, homes and other buildings that aren’t constructed well are likely to sustain major damage. Even well-constructed properties can suffer damage to their roofs, shingles, gutters, and siding. That said, the high-speed winds hurricanes bring will destroy your property and make it vulnerable to further damage. If winds rip into a building, it can then damage whatever contents and personal belongings are inside, and it’s also easier for any water to enter the property and wreak havoc of its own.

Barry wasn’t a category 1 hurricane for long, but it still did harm as a tropical storm and depression. Tropical storms feature winds as low as 39 miles per hour and as high as 73 miles per hour. These winds can cause damage to gutters, siding, and shingles of poorly or average constructed homes. It can even blow windows out, and it will cause light and moderate weight items to become airborne.

Tropical depressions feature winds as low as 30 miles per hour and as strong as 50 miles per hour, which can cause minor damage to older mobile homes.

In Louisiana, CoreLogic estimated that wind damage accounted for $300 million to $500 million. As a whole, property damage in Louisiana caused by Hurricane Barry is estimated to be up to $900 million. This, however, is only accounting for Louisiana, the state that was directly hit by Barry. Barry may not have made landfall in other states, but it still caused its fair share of extreme weather and property damage elsewhere as well. 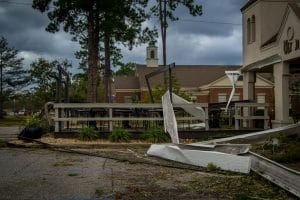 Albeit not as intense as the weather events that occurred in the part of Louisiana where the storm made landfall, Barry still brought heavy rain and wind to Texas, Arkansas, and other areas of the Gulf Coast region that were powerful enough to cause property damage. In Texas, the storm damage was felt as far north as the Dallas-Fort Worth area. In nearby Weatherford, Texas, Tropical Storm Barry’s effects were so strong that its winds knocked over a children’s play set, causing it to break into various pieces.

Whether you reside or work in an area that was directly or indirectly impacted by Hurricane Barry, you need to have any hurricane damage addressed immediately. In fact, whenever your residential or commercial property has suffered any type of storm damage, it’s important to seek professional help from a storm damage restoration service. 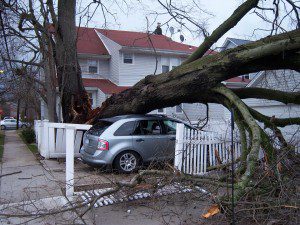 With hurricanes or other water-related storms, you should get in touch with a professional water damage cleanup service. Professional water restoration technicians are trained and certified to restore your water-damaged property in a safe, efficient manner.

The restoration company will evaluate your home or business to figure out the extent of the damage and to properly develop a restoration plan. Using that plan, professional technicians will then remove excess water and moisture, dry the space, clean the property, and make structural repairs.