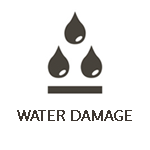 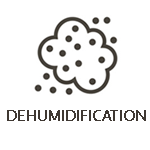 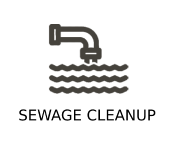 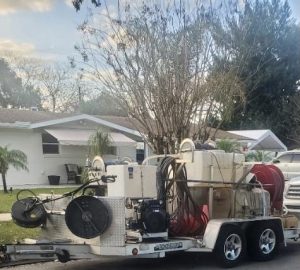 A burst pipe is something you do not want to deal with, especially if it occurs within the walls, going unnoticed for several days or weeks. Precautions are a must to prevent a pipe from bursting and your property from becoming damaged.

RestorationMaster of Orange County Florida is a reliable service provider that excels at providing restoration services after disasters, including water damage restoration and drying services in Orlando, FL. Our trained professionals can clean up water from burst pipes and restore the damage the water has caused to your home.

Burst pipes are more frequent in places with cold temperatures. As the temperature drops below freezing points, the water in the pipes freezes and expands, causing a tremendous amount of force from within. This colossal amount of pressure ruptures the pipe, causing water to spill out and damage to the property. While this is rare in the Orlando, FL area, all it takes is one night of cold temperatures to cause a pipe to freeze.

Cold temperatures, however, are just one cause of burst pipes disaster. Previously, houses were constructed with pipes made out of cast iron, steel, or even lead. Unfortunately, pipes made of such material will eventually rust and become damaged, increasing the risk of a burst.

Currently, new homes have copper and PVC pipes that are resistant to rust. Running new plumbing lines might sound like a good idea, but this idea is not cost-effective.

The substandard fitting might be another reason for a burst pipe. In addition, an incompetent job by the technician might result in loose connections or a burst pipe in due time.

An abundant number of minerals can be found in water. Water with a supplemental amount of Calcium and Magnesium, known as “Hard Water,” may have adverse effects on the structure and composition of pipes. The same way cholesterol builds up in human arteries, calcium and magnesium accumulate in pipes, clogging them. The flow of water is thus obstructed, causing increased internal pressure, and rupturing the pipes.

Burst pipes can be prevented by installing home water filtration plants, adding a water softener to the domestic water supply, and replacing old iron pipes with new plastic pipes. These preventive measures aid in preventing clogging and rusting of pipes.

If you do experience a pipe burst in your home, gallons of water can spill out and cause damage to the surrounding areas. Our professionals at RestorationMaster of Orange County Florida use advanced extraction and drying equipment to remove the water and dry out the affected areas and materials. We will also repair the resulting damage to return your property to its original condition.

Burst pipes are undeniably a disaster that no one would like to encounter. However, this unpleasant experience can be nullified with water damage restoration from RestorationMaster of Orange County Florida.

"Phil came out at night after a water pipe burst behind my wall. Set everything up quickly. Explained the whole process. Made sure the job was done correctly and then came back to check on everything. Really great experience considering how bad the night started out. Would recommend to anyone who has a similar issue."

"Used Philip White Painting and Restoration for some interior painting and exterior pressure washing. Arrived schedule and did a thorough job at a fair price. Would use again."

“Heading into my weekend my place had a pretty significant leak about 2 weeks after a major plumbing project. Most of my unit is carpeted, so MAJOR stress!!! Philip White came over pretty quickly with his equipment, did some initial checks and set up. He helped me find where all the water came from (which was a pretty tucked away location. I literally felt like I was standing on my head to see it). He was patient with all my questions, and helped to turn a horrible situation into something more tolerable.”