Can Homeowner’s Insurance Cover the Damage from Frozen Pipes?

All throughout the winter, homes are vulnerable to the possibility of burst pipes.  Pipe bursts typically occur when the water within the pipes freezes and expands, building the pressure within the pipe until it finally ruptures.  As much as a couple hundred gallons of water can spill into your home within a couple hours, leading to extensive damage and mold growth.  During the winter, frozen pipes are among the most common causes of significant property damage.

When a pipe burst occurs, many homeowners might immediately wonder, will my homeowner’s insurance cover the damage?  In general, homeowner’s insurance does cover water damage caused by a burst pipe, but not the damage to the pipe or plumbing equipment.  There may also be other stipulations, depending on your coverage, when it comes to covering damage from a burst pipe, such as possible negligence.  This guide will help you through the insurance claim process to cover water damage from frozen pipes.

It is beneficial for homeowners to have a thorough understanding of their homeowner’s insurance coverage before ever dealing with a disaster.  By doing so, you will have a much better idea of what to expect from your insurance company if you experience a sudden disaster like a burst pipe.  In most frozen pipe cases, your insurance provider will cover the damage caused by the water that has leaked out of the pipe.  Depending on the exact terms of your policy, you can expect it to cover: 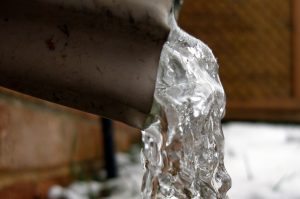 What to Do After a Frozen Pipe Occurs

If you experience a frozen pipe in your home, you must take the right steps in the aftermath to help ensure that your insurance provider accepts your claim.  Make sure you take these actions immediately after a pipe burst:

What is Not Covered by Insurance?

While the majority of cases involving burst pipes will be covered by insurance, there are several reasons that your insurance provider can deny coverage.  It is important to remember that the cost of the repairs to the burst pipe will not be covered.  This is considered general home maintenance and is the responsibility of the homeowner.  The following are the main reasons that an insurance company may cite to deny covering damage caused by a burst pipe: 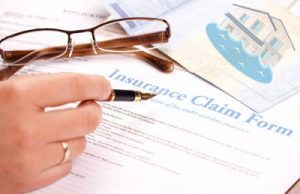 You can take the following actions to help prevent frozen pipes and ensure that you will be covered if a pipe does freeze and burst despite your efforts:

Pipe bursts can happen suddenly due to frozen pipes in the winter, and they can cause significant, widespread damage in a short period of time.  Fortunately, your homeowner’s insurance is likely to cover the resulting water damage as long as you take the right precautionary measures to avoid being cited for negligence.  When it comes to dealing with the damage, it is important to contact a trusted water damage restoration professional that can handle the aftermath of a burst pipe.  These professionals have the right tools to fully restore the damage, and they will even work with your insurance company on the claim.