Mold vs Mildew: The Main Differences between Mold and Mildew

Mold and mildew are both types of fungi that are commonly found in the home. They thrive in moist environments, spread easily, and live on various surfaces which makes them very difficult to get rid of. If left unattended, however, the harmful microorganisms can quickly affect large areas of your property and may even result in health problems and structural damage. While the two types of fungi share many common features, they pose different risks and respond to different treatment. 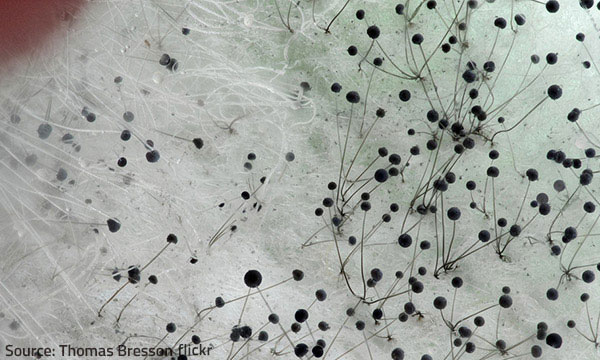 Mold and mildew are both types of fungi that can thrive indoors and affect your health or cause structural damage to your property.

So, in order to come up with an efficient cleaning strategy and ensure the safety of your living environment, you need to understand the difference between mold and mildew.

What Is the Difference between Mold and Mildew?

Mildew can be described as a specific type of mold. Mold is a fungus that contains multiple identical nuclei and grows in the form of black or green patches which penetrate beneath the surface of the affected material. Mildew, on the other hand, has flat growth that remains on the surface where it can be easily removed. While mold usually grows on food or inside permanent structures, such as walls and crawl spaces, mildew is to be found on damp surfaces, paper, fabrics, and various organic materials in your home.

Primarily, mildew is a plant disease that causes great damage to crops and plants. It is classified as powdery and downy:

Although the number of mold species that can live indoors exceeds 10,000 according to the latest CDC estimates, most household molds belong to one of the following five types: 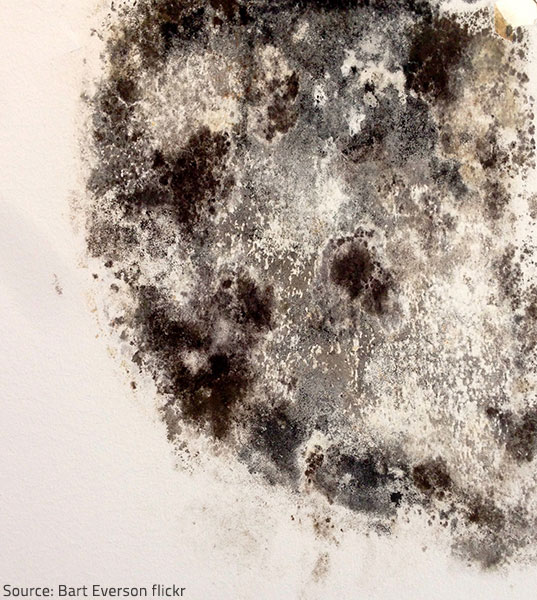 Toxic black mold is the most harmful kind of household mold.

How to Tell the Difference between Mold and Mildew?

There are several crucial differences in the appearance and properties of mold and mildew that will help you recognize the type of indoor fungi you have discovered in your home:

Differences between Mold and Mildew in Appearance

Typically, mold appears black or green while mildew looks gray or white. Yet, there are some more detailed specifics in the appearance of the fungi: 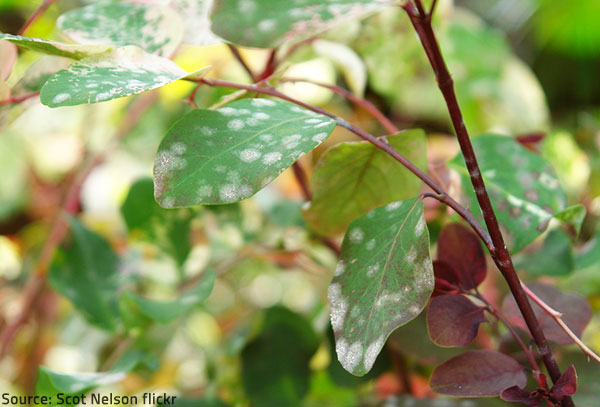 Powdery mildew can be easily recognized as white or gray patterned splotches on plant leaves.

Differences in the Effects of Mold and Mildew

Both mold and mildew need to be taken care of in a quick and efficient manner as they can cause a lot of trouble over time:

If you are not sure what type of fungi you are dealing with, you can have them tested:

– if it has become lighter, you are dealing with mildew;

– if it remains dark, it is mold that has developed in your home.

You can also use various mold and mildew testing kits that are available on the market;

How to Get Rid of Mold and Mildew?

If you can prevent mold and mildew in the first place, you’ll save yourself a lot of hassle and headaches.

How to Prevent Mold and Mildew

The most efficient way to prevent mold and mildew in your home is to keep all the areas dry and moisture-free. Maintain a humidity level of about 40-50% inside the house (a dehumidifier provides the most advantageous solution for ensuring appropriate indoor humidity), have your heating and cooling systems regularly inspected, keep air ducts clean and in good condition, ensure good air circulation inside the premises, fix any leaks in the bathroom, kitchen or other areas, etc. Remove any mildew-affected plants and weeds as soon as you notice them in order to prevent mildew infestation.

How to Clean Mold and Mildew 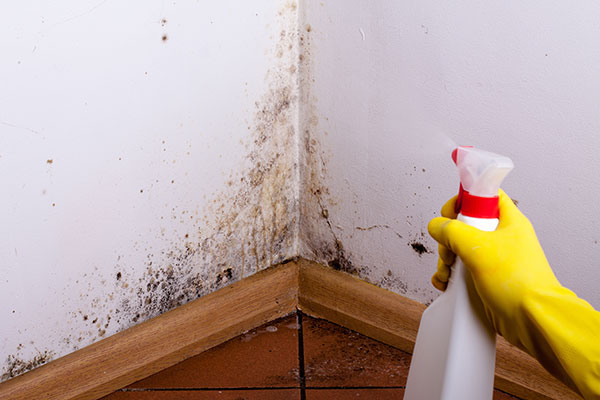 Mold removal is better left to the experts.

Mildew is a surface fungus that can be efficiently treated with a commercially available cleaner and a scrubbing brush. Just make sure you work in a well-ventilated area and wear a facial mask to prevent inhaling mildew spores, as well as to avoid breathing in fumes given off by the cleaning product you use. It is also advisable to put on rubber gloves in order to protect your hands both from the mildew and from the cleaning agent. Clean all the surrounding areas carefully as well, to ensure that all the fungi have been successfully removed.

Mold, on the other hand, attaches to the affected materials with microscopic filaments that penetrate beneath the surface. The mold spores spread very easily and can survive in extreme conditions, so they can quickly affect large areas of your property and result in permanent damage. Moreover, despite its characteristic musty smell, mold is only visible to the eye when the colonies start growing, so early detection and prevention is very difficult. Worst of all, mold can have a very negative impact on your health, so DIY removal attempts are not recommendable. Besides, DIY remedies are rarely efficient because the fungus usually grows in areas that are very difficult to access and to treat.

SEE ALSO: Important Reasons to Have a Professional Remove Mold from Your Home

The safest and most efficient way to get rid of a mold problem is to call a mold remediation company. An experienced professional will come to your home to assess the situation and determine the type of mold or mildew in your property, as well as the extent of the damage. Then, the most appropriate actions will be taken to remove the harmful fungi and prevent its appearance in the near future. The experts will help ensure not only the safety of your living environment, but also your peace of mind.