Summer is a prime season for flooding in the US. The warmer months and those extending into fall are when flash flooding, coastal flooding and river flooding occur most often. But in the US, floods are most common in particular geographic regions.

Destructive flooding happens regularly in the US, as often as hundreds of times per year. Approximately 75,000 Americans are driven from their homes each year as a result of flooding. On average, floods around the country are responsible for causing 127 fatalities annually.

How do floods start? 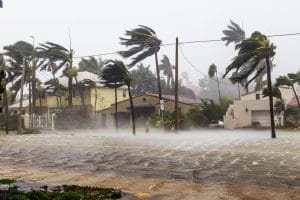 Flooding happens when vegetation or soil are unable to absorb heavy rainfall or melting snow. Excessive amounts of water may also run off the land without being diverted into stream channels, natural ponds, or manmade reservoirs. Floods can occur over the course of hours or days.

Flash floods, that result from intense rainfall, can occur within seconds or minutes. The force of flash floods is powerful enough to shift boulders, rip out trees, destroy buildings and bridges, and scour out new channels. Flash flood waves can reach impressive heights of 10 to 20 feet.

Coastal areas experience storm floods, which are a result of low atmospheric pressure, high tides, and severe onshore winds. Hurricanes and tropical storms are known to cause storm surges. Waters from storm floods can rise up to seven meters in depth.

Dam and levee failures also cause flooding. These structures are built on waterways that are likely to flood, such as once every 250 years. Floods that are more powerful than expected will cause the dam to fail. The intense energy from the burst of floodwater is highly destructive.

Due to the pervasive nature of flooding, every part of the US is susceptible to flooding at some point. Despite this, certain areas of the country have a greater flood risk than others. A FEMA flood map (found on the FEMA website) best illustrates the high-risk areas. Since urban locales are built with more pavement than rural areas, they are more prone to flooding. Metro areas, like Chicago, Atlanta, and Detroit, have a higher concentration of flood events in comparison to their rural surroundings. Dallas and Fort Worth also have a large number of flood reports.

Urban areas lack the natural drainage systems necessary to sustain flash floods without being overwhelmed. Surface conditions also affect the impact of flash floods. The high amounts of impervious surfaces, like concrete and tarmac, tend to increase the rate of runoff into water systems.

The geographic areas stretching from the Northeast to the Midwest also report a large number of flood events. Springtime river flooding is common in these regions due to the combination of snowmelt and rainfall. River flooding occurs frequently near the Red River counties between Minnesota and North Dakota.

In the East are the Appalachians. Its hilly terrain plays a large role in the likelihood of flooding in the vicinity. Midwest summers are fraught with flash flooding due to large thunderstorm clusters, known as the Mesoscale Convective Systems, that dump heavy rain in the region.

Despite its dry conditions, the Desert Southwest is prone to flooding. A part of the reason for flooding here is its large geographic footprint. Spanning over thousands of square miles, the area is subject to frequent flash floods in the summer. Rainfall fills rivers, creeks, and streams, producing high water. 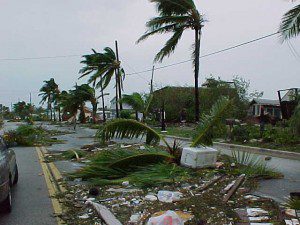 Every area in the US has the potential to flood. The difference lies in whether a specific area has a high risk, low risk or moderate risk for flooding. Communities are labeled with flood zones that indicate its likelihood of flooding. FEMA provides flood maps that are based on addresses.

Flooding can cause serious damage to a property. Just one inch of floodwater can cost $25,000 in damages. Purchasing flood insurance from the National Flood Insurance Program well before a flood hits will make a huge difference between recovery and a devastating financial loss.

High-risk properties may experience flooding only once in a 30-year mortgage, but keep in mind that flooding can occur as a result of nature as well as manmade causes. Poor drainage systems, neighborhood construction and broken water mains can lead to flooding. 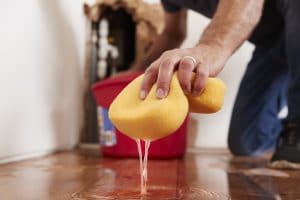 Flood damage, no matter what the cause, is costly to repair. Water can seep into porous materials, like drywall, furnishings, flooring, insulation, and wood, and do significant damage. As a result, a water-logged property is unsafe to inhabit—until it undergoes flood restoration.

A reputable, local water damage restoration company with a team of experienced technicians who are equipped with the proper skills and professional-grade machinery can return your water damaged home or business to its pre-loss condition quickly.

Certified crews extract all excess moisture from the property, fix the water source and completely dry the premises. They also restore water damaged items. If necessary, they can sanitize and deodorize the property to eliminate waterborne bacteria and noxious odors. Mold growth is eliminated.