How to Prevent Smoke Buildup When Using Your Fireplace

Chilly winter evenings become cozy when the fireplace is lit, flames dance and families gather, nestling in the warmth. But when the fireplace spews smoke back into the home’s interior, the air becomes dangerously contaminated with carcinogens. These back puffs are preventable.

Incidents of back puffing may be sporadic, or they may occur every time the fireplace is lit. Through the process of corrosion, back puffs can easily destroy the surfaces they touch. The foul odor of smoke pervades the environment. Smoke particles lodge in curtains, clothing and carpeting.

A nonfunctional chimney (one cause of back puffs) is highly dangerous. Back puffs are known to release carbon monoxide, and frequent back puffing can cause a buildup of this toxic gas inside the home. Carbon monoxide buildups are invisible and cannot be detected by smell, doubling the danger.

Inefficient fireplace drafting is one of the most common culprits that lead to back puffing. Any one of multiple causes are responsible for the poor drafting that causes back puffing. Along with the numerous reasons back puffs enter a home are corresponding solutions. 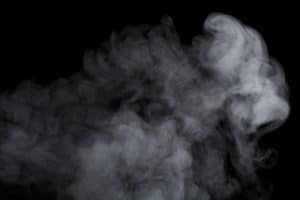 When your fireplace heaves smoke into your home, the resulting damage can be significant.

Creosote is a byproduct of fireplace smoke. The creosote naturally builds up inside the fireplace flue every time the fireplace is lit. Highly flammable, creosote buildups become thicker with every fireplace use, leading to smoke pouring into the path of least resistance—the home.

Homes that are airtight are well-insulated. This lack of sufficient outside air leads to negative air pressure inside, causing the fireplace to release smoke into the home. Fireplaces burn with an adequate oxygen supply, making sufficient airflow necessary for optimum functionality.

The cause of back puffing may be readily identified by allowing airflow into a burning fireplace. Prior to lighting the next fire, simply open a window to increase the indoor airflow. Back puffing should cease if the issue is caused by a lack of adequate air supply.

Back puffing may occur when new doors or windows are installed, which often makes the home more airtight. A remedy to back puffs that are caused by a poor oxygen stream is to install an outside air supply vent within the fireplace. This solution also prevents future back puffs. 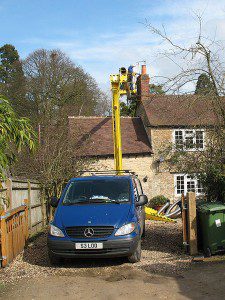 Chimneys should be inspected and cleaned annually.

Bird nests or, less commonly, wasp nests built inside the chimney will easily restrict its airflow. Tree branches, too, can get caught in the chimney. Such obstructions force smoke to build up in the flue and subsequently billow into the home under the guise of back puffs.

The chimney should be inspected and cleaned annually, regardless of whether or not the fireplace unleashes unbreathable smoke into the home. The annual chimney inspection and sweep are maintenance routines that prevent issues, like back puffs, caused by chimney obstructions.

Cold air is heavier than warm air.  Rising, heated air from the fireplace is blocked by the cold air directly outside the chimney, forcing the stream of warm air to travel in the opposite direction and into the home. A fireplace drafts best when indoor and outdoor temperatures differ markedly.

Prevention: Be Aware of Outside Temps

Ideally, firewood should be seasoned for 12 to 18 months. Any more or any less can lead to issues when burning a fire. While dry wood breaks down readily, extremely dry wood produces excess smoke, leading to back puffing from the fireplace.

In contrast, damp firewood, too, causes smoke buildup. Wood pieces with a high water content produce a hissing sound when the fireplace is lit. Without adequate heat, the chimney will be unable to draw well. When knocking two wood pieces together, hearing a “thud” sound indicates wet firewood.

Prevent the flue from being overwhelmed by smoke by using properly seasoned logs. Additionally, wood that has been dried for two years should be utilized only if the pieces have a large surface area. Larger wood pieces reduce the amount of smoke and, consequently, smoke buildup produced by the fireplace.

Sometimes, an incorrectly built fireplace will cause smoke issues. The parts of the fireplace, such as fireplace opening size, smoke shelf construction, size of the damper and chimney height must be built in correlation to the other aspects in order to prevent smoke buildup.

When your fireplace heaves smoke into your home, the resulting damage can be significant. Rather than replace the goods contaminated with smoke particles, consult a reputable smoke damage cleanup company.

Experienced fire and smoke damage restoration technicians will remove all traces of smoke from your property. Homeowners are advised to act quickly when smoke damage strikes, as smoke can etch and tarnish belongings rapidly.

Smoke damage restoration technicians are IICRC-certified and skilled to handle even the most complex fire damage restoration tasks. These trained specialists utilize powerful air movers and deodorizers to dislodge odor particles from the air and return the space to a habitable, comfortable one. Their cleaning solutions also eliminate corrosive byproducts.