Floods form when water overflows into an area of dry land that is unable to sustain it. Weather and geographical factors both impact the severity of the flooding and how high the water percentage will be in a region.

There are several causes for when water accumulates in regularly dry land:

Natural disasters, such as those listed above, are the cause of coastal flooding. 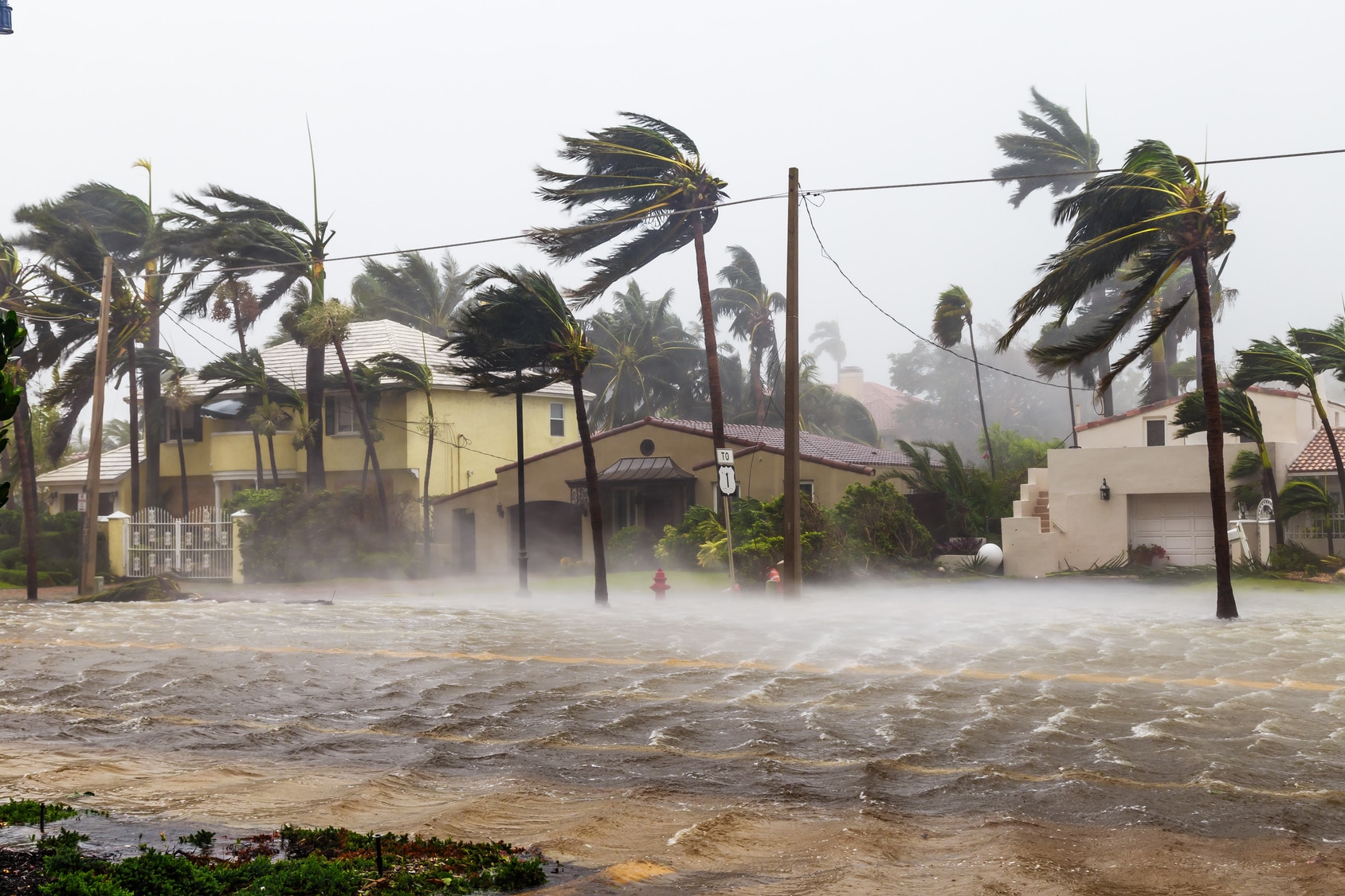 This is when tsunamis or hurricanes create large waves that eventually reach the shore and flood the coastal area. This type of flooding won’t be a problem for the Austin area, but it is good to be knowledgeable about how floods affect other parts of the country, in case you ever end up there.

How Long Do Floods Take to Form?

Most floods take hours or days to form, which gives residents time to evacuate safely. Flash floods, however, form as quickly as three to six hours after the initial cause and are considered very dangerous for this reason. Flash floods are often caused by:

The speed at which flash floods form is determined by a variety of geographical factors, such as the location and intensity of the rainfall (or other cause). Urban areas are often more at risk of flash floods than suburban or city areas because the water overruns low spots after it is unable to absorb into the impregnable ground.

Flash floods give residents less time to evacuate and they may become trapped in their homes or another building. If residents are lucky enough to evacuate to safety, they likely will not be able to properly protect their homes beforehand, due to the speed and severity of flash flooding. 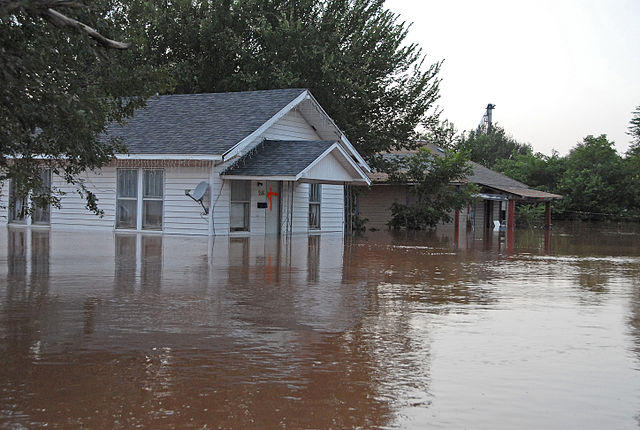 How Floods Affect You

The effects of floods often have a devastating impact on the community they overrun by ruining the economy, environment, and the foundation of people’s lives.

Death is the most severe effect a flood can have on a community, and floods kill more people in the U.S. each year than hurricanes, tornadoes, or lightning. Injury and disease lead more people to local hospitals, which may have been destroyed in the flood. Water and electricity often lose power and people suffer as a result.

Since 1980, the U.S. has had more than $260 billion worth of flood-related damages and costs, so the economic effects of flooding are no less taxing. Many people become homeless when their homes are demolished, and homeowners’ insurance does not cover floods. Others may lose their jobs due to severe flood damage to commercial properties. The destruction of houses, cars, and roads further prevents flood victims from getting to safety.

During flooding, emergency services are deployed by the government to help people in need; however, the cost of police officers, firefighters, and paramedics during this natural disaster costs the government and residents heavily.

Flooding often has harmful environmental effects, which makes it harder for the community to return to normalcy. Floods bring waterborne diseases to the community, such as:

Floods also bring vector-borne diseases, which are spread by “vectors” like mosquitoes, ticks, and fleas. The insects are introduced to the new ecosystem and bring these diseases with them, such as:

Chemicals and other hazardous substances can contaminate the water and spread to all bodies of water the flood encounters.

Once the floods recede, the affected water and land can be contaminated by hazardous materials, such as debris, fuel, and pesticides. The ecosystem is similarly affected when floods kill local and animals and bring insects from other areas, which disrupts the natural balance.

Certain flood prevention measures can be taken to minimize the damage to a region. Homeowners who reside in flood-prone areas are encouraged to buy flood insurance, move their houses to higher ground, and install flood openings. 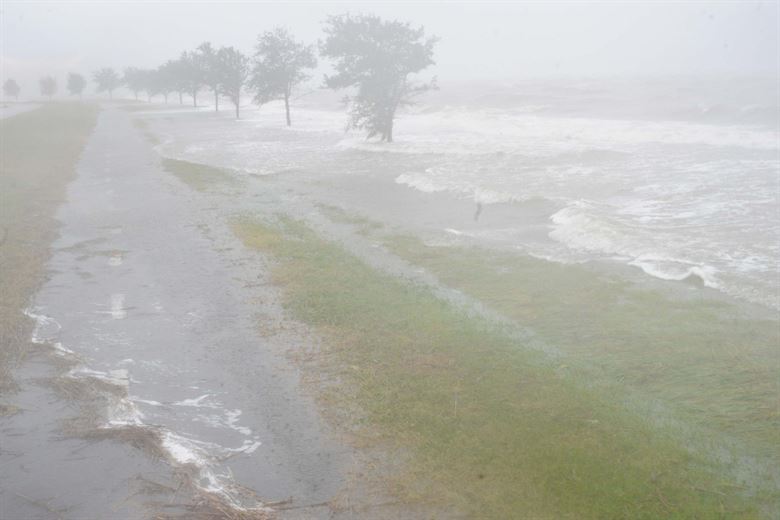 Excessive flooding can cause a number of environmental and economic issues

Retaining walls serve as flood prevention barriers by holding extra water during a flood. These walls are constructed from dams, levees, reservoirs, lakes, and other low-lying areas. Detention basins are small reservoirs that drain water and provide more time for evacuation. Sea walls serve a similar purpose, but they are structures built in shallow waters to prevent tidal waves from pushing water onshore. These are often utilized to prevent coastal flooding, so they will likely not be seen in Austin.

What could help a town like Austin is covering drainage systems to avoid litter from clogging them. This minimizes the likelihood of flooding because rainfall can run freely through the drain without interference from debris and other objects in the way.

While cities located further inland don’t need to worry so much about coastal flooding, there is still potential for heavy storms and even hurricanes. To combat these risks, homeowners can cover drainage systems to avoid litter from clogging them. This minimizes the likelihood of flooding as rainfall can run freely through the drain without interference from debris and other objects in the way.

Collective plants in the area, such as trees and grass, can be used to reduce damage to the environment during flooding. When vegetation is used as a defense mechanism, it reduces erosion and slows down fast-moving floodwater. It is recommended that you use vegetation in your area to your advantage during a natural disaster.

Steps to Take After Flood Damage

Temporary relief centers are available for homeless or injured citizens during a flood. Be prepared for flooding in your area and use this knowledge to protect your family and property from flood-related dangers.

Restoration companies in the community are also available 24/7. Licensed water damage restoration professionals will respond immediately in order to address the situation, extracting the water and drying out the area to prevent mold growth.

Following the drying process, the affected areas will be sanitized and deodorized while permanently damaged building materials like insulation, drywall, wood flooring, etc. are removed. Once the area is fully restored, the water damage repair specialists will work with your insurance company during the claims process to allow you to focus on other tasks and look forward to a newly restored property.