Complete City Guide to Disaster Restoration and Cleaning Services as well as Popular Entertainment and Attractions in Las Vegas, NV

Las Vegas, NV is a city with a storied legacy and reputation as one of the most popular tourist destinations in the world. Located in the Mojave Desert of southeast Nevada, Las Vegas is known for its shows, casinos, and nightlife and it attracts business conventions from across the U.S. The city is home to the highest number of AAA Five Diamond hotels in the world and its large tourism industry has helped make it one of the wealthiest major American cities. Las Vegas is also becoming more of a retirement and family city and has the largest population in the state of Nevada. Lately, the city has undergone efforts to help diversify the economy with other commercial interests though it will always be known as the “Entertainment Capital of the World.”

The Las Vegas area has a reputation of having few natural disasters but that does not mean that residents and local businesses are not at risk for property damage. The dry climate and clay ground make flooding possible with enough rain and strong winds during the rainy season may reach speeds high enough to cause significant damage. If your property is damaged by a natural disaster or other problems such as mold growth or a fire, it helps to know that you can call local disaster restoration and cleaning professionals in Las Vegas to help restore your home or business. These trained professionals respond quickly to help limit the damage which saves on insurance and restoration costs.

Las Vegas offers lots of fun when it comes to nightlife

Las Vegas experiences very dry conditions throughout most of the year which causes the clay soil to harden and when it rains during the winter months, the dried-out clay soil does not absorb water very quickly. These conditions can lead to flooding and cause property damage in low lying areas of the Las Vegas region. Residents and businesses in the Las Vegas area can also experience water damage from non-natural factors such as burst pipes, leaking fixtures, and sewage backups. Regardless of the source of the water damage, it is important to contact the local water and flood damage restoration professionals to remove excess water from the building and begin the restoration process. Water damage should be addressed as soon as it is discovered because it will continue to spread and cause further structural damage or mold growth.

Set Your Soul on Fire, Not Your House: Fire Damage Restoration in Las Vegas, NV

There are many ways a fire can start in your home or office but almost all of them are unexpected when they do happen and they cause significant damage. Once the fire has been extinguished, it is crucial to start the fire damage restoration process because the soot and corrosive byproducts left from the fire can cause the damage to spread further and become permanent. The fire damage restoration professionals in Las Vegas are ready to take your call 24 hours a day to help mitigate and restore the damage. Their trained technicians can repair and restore the structural elements of your building as well as damaged personal items with content restoration and pack-out services.

Mold is a highly unwelcoming sight in a home or building as it causes property damage, poor indoor air quality, and negative health effects such as allergies and infection. Sometimes, mold can be difficult to uncover because it can grow in hidden areas such as behind walls, trim, and molding. The dry conditions in the Las Vegas area help reduce the risk of mold growth as mold needs moisture to thrive, but it is still possible for water damage or humid conditions within a building to cause mold to grow. As soon as you find mold in your home or building, you should contact the local mold removal specialists to remove it and repair the damage. These professionals will not only remove the mold, but also prevent it from spreading and take actions to prevent the mold from returning.

Las Vegas Weather: Where the Sun and the Dice Stay Hot 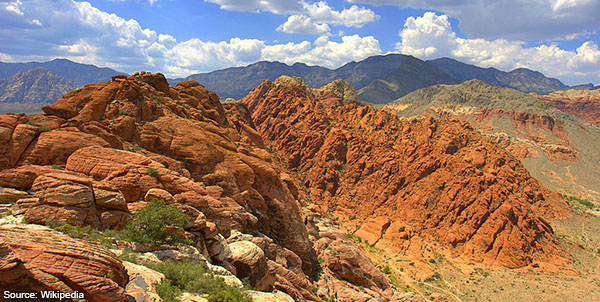 The Las Vegas area has a dry, desert climate.

The Las Vegas area has a dry, desert climate with very low rainfall and abundant sunshine through most of the year. Las Vegas also has low humidity and rarely experiences severe natural disasters such as tornadoes, snow, or excessive rain. The summer in Las Vegas is very hot with average temperatures above 90 degrees and nighttime temperatures that generally stay above 80 degrees. Rain is rare during the summer as the humidity rarely reaches 10 percent.

During the winter, the average temperature drops to about the mid-40s and occasionally at night the temperature can drop around freezing. Las Vegas is located in a valley surrounded by mountains that get snow in the winter, but it is very rare for snow to fall in the Las Vegas metropolitan area. Most of Las Vegas’s yearly rainfall occurs during the winter but the annual precipitation for the area is quite low at just over 4 inches.

While Las Vegas weather is relatively mild and easy to deal with much of the time, it is prone to flooding and wind storms during the rainy season. As mentioned above, the dry conditions of the Las Vegas area dry out the clay soil which makes it slow to absorb rain water, leading to flooding when there is enough rain. The wind storms are the most severe weather condition in the area as Las Vegas windstorms have been known to reach 60 miles an hour and cause property damage and power outages. You should call a flood damage restoration professional if your home or office experiences flooding in the Las Vegas area and if your home is heavily damaged by windstorms, local restoration professionals can help secure your home with board-up services.

Gaming and Tourism: Economy in the Entertainment Capital of the World

The Las Vegas area has a dry, desert climate, which also helps their hotels, shopping centers, and restaurants. Downtown Las Vegas is home to several resorts and casinos including the Golden Nugget that are all on the Fremont Street Experience with the Stratosphere nearby. Most of Las Vegas’s casinos and resorts are on the Las Vegas Strip which is actually located in the unincorporated communities of Paradise and Winchester. The Vegas Strip includes the most famous Las Vegas hotels and casinos such as the MGM Grand, The Mirage, and Caesar’s Palace. 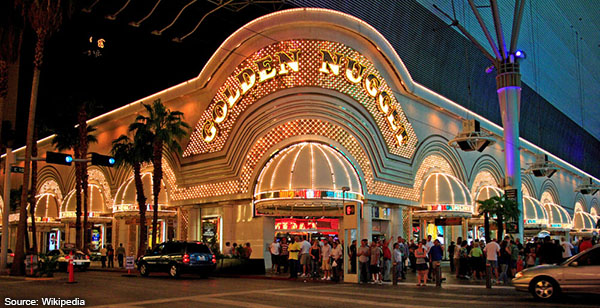 Las Vegas offers so much more than casinos

The expansion of the Las Vegas Strip in the early 1990s led to less tourism in downtown Las Vegas but the city has taken efforts to revitalize downtown Las Vegas and diversify the economy to attract commercial industries such as retail, health care, and high-tech companies. The Downtown Project has had some success as the Cleveland Clinic Lou Ruvo Center for Brain Health, the Smith Center for Performing Arts, and the DISCOVERY Children’s Museum have all recently opened in Symphony Park, a complex of residential and office high rises. The online retailer, Zappos.com, just moved their headquarters to downtown Las Vegas in 2013 and Zappos CEO Tony Hsieh has donated millions to help develop the area.

As city officials move forward with the Downtown Project, there will be more opportunities for people to start businesses in the city which will attract a more family oriented population. If you have a home or business in the Las Vegas area, it is beneficial to maintain your home or building with professional cleaning services. Local cleaning professionals provide air duct cleaning services to help create a cleaner and healthier environment by removing the dust and debris that has built up within the HVAC system of your home or building. This debris buildup gets distributed into the breathing air when the HVAC system runs, contributing to low quality air and potential health effects. By keeping your air ducts cleaned, you can help promote a healthier and overall cleaner environment.

The Las Vegas shows and casinos are what come to mind when most people think of the city but Las Vegas offers so much more including shopping, golf courses, museums, parks, and a wide variety of restaurants. The following are just a few of the fun things to do in Las Vegas.

The original center for Las Vegas casinos and hotels was the downtown area before the expansion of the Las Vegas Strip and today several famous casinos are still operating in the area. The oldest Las Vegas hotel and casino is the Golden Gate Hotel & Casino which started business as the Hotel Nevada in 1906. The Golden Nugget Hotel & Casino is another popular downtown Las Vegas casino that has recently been renovated and features attractions such as the world’s largest golden nugget the Hand of Faith and a slide through a shark tank. Other notable downtown casinos include La Bayou, Binion’s Gambling Hall and Hotel, Downtown Grand, and the Plaza Hotel and Casino. 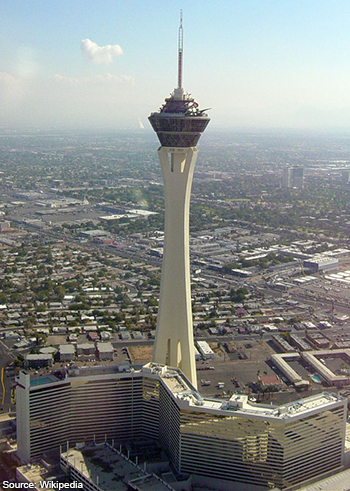 The Stratosphere is located just off the main strip of downtown Las Vegas.

There are several museums in Las Vegas that include the Neon Museum, Mob Museum, the Las Vegas Natural History Museum, the Nevada State Museum, and the DISCOVERY Children’s Museum. The Neon Museum features historically renovated signs from former casinos and businesses in Las Vegas. The city also has a Downtown Arts District that includes art galleries and events such as “First Friday” monthly art festivals.

Vegas has always hosted legendary performers from Elvis and Frank Sinatra to comedians such as George Carlin and Penn and Teller. The shows of Las Vegas are still one of the city’s most popular attractions and there are a wide variety of shows offered all over Las Vegas including concerts, comedy shows, dance shows, hypnosis performances, magic, adult themed shows, plays and musicals, and tribute acts. Some of the most popular featured performances in Las Vegas include the Blue Man Group, David Copperfield, Criss Angel, and the various Cirque du Soleil shows.

Elvis once sang that Las Vegas is “turnin’ day into nighttime/ Turnin’ night into daytime,” which is still an accurate representation of the Las Vegas nightlife and never ending entertainment and activities. Las Vegas has an abundance of night clubs all over the city and the Strip that are open all night. The most popular nightclubs include VooDoo Rooftop Nightclub, Chateau Nightclub, LAX, I-Bar, Ghostbar, Foundation Room, Body English, Hyde Bellagio and many more. 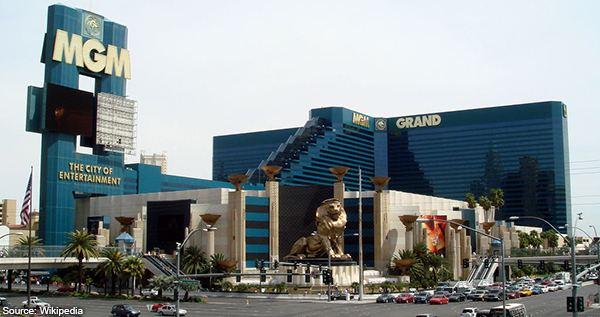 The casinos, shows, and night clubs are not the only activity in Las Vegas, the city also has 68 parks and offers tours of several local natural landmarks such as the Colorado River, Grand Canyon, Lake Mead, Hoover Dam, Red Rock Canyon, and others. Red Rock Canyon is one of the most popular destinations in the Las Vegas area outside of the Strip as visitors can hike the canyon or tour it by helicopter, motorcycle, or high-performance vehicle.

Las Vegas offers a wide variety of cuisine with different types of restaurants including restaurants with celebrity chefs, pubs, and romantic and upscale dining. The most popular restaurants in Las Vegas with celebrity chefs include Andre’s, Wolfgang Puck’s Spago, and B & B Ristorante among many others. You can find nearly any type of cuisine in Las Vegas including Asian, barbecue, Cajun, French, Japanese, and South American in addition to the traditional staples and many of their restaurants provide the perfect setting for a romantic evening.