Your City Guide to the Restoration and Cleaning Services as well as the Major Attractions and Events of Tulsa, OK 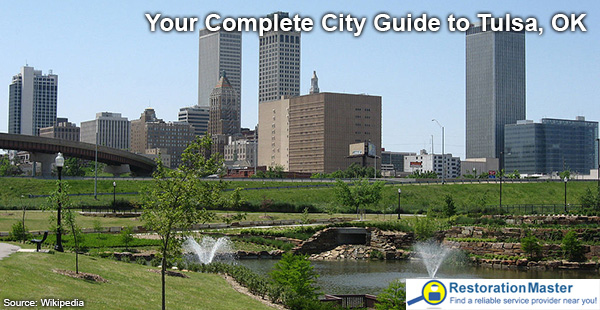 Tulsa, OK is located in the northeast region of Oklahoma and covers parts of four counties including Tulsa County which has the highest population density in the state. What started out as a settlement of Creek Indians in the 1830s became the “Oil Capital of the World” in the 20th century as Tulsa was established as the center of the American oil industry just after U.S. entry to WWI. Today Tulsa has a much more diversified economy built around finance, aviation, transportation, and energy as well as higher education. The city is located near the Ozark Mountains along the Arkansas River in the “Green Country” region of Oklahoma and is considered by several publications such as Forbes and Partners for Livable Communities to be one of the most livable big cities in the U.S.

Tulsa was rated to be one of the top 50 cities in U.S. by BusinessWeek in 2012 as the city has the right environment to attract businesses and residents to the area. However, Tulsa is prone to some severe weather conditions which greatly increase the risk of property damage to homes and businesses. Those that own homes or businesses in Tulsa and the surrounding areas should know that there are professionals in the area that provide disaster restoration and cleaning services to help clean and restore your property after a major disaster. The technicians that provide this service are highly trained and certified to do quality work and calling them immediately can help prevent more extensive damage.

Tulsa receives the majority of its annual rainfall in the spring and experiences humid temperatures throughout the year which can help contribute to various forms of water damage. Water damage can also be caused by non-natural factors such as burst pipes, fixture leaks, and sewage backups. If water damage occurs in your home or building in Tulsa, OK, you should contact the local water damage restoration professionals right away to stop the spread of the damage and remove the excess water or moisture. You must address water damage issues immediately because they can lead to mold growth which is already more likely in the humid climate of Tulsa. 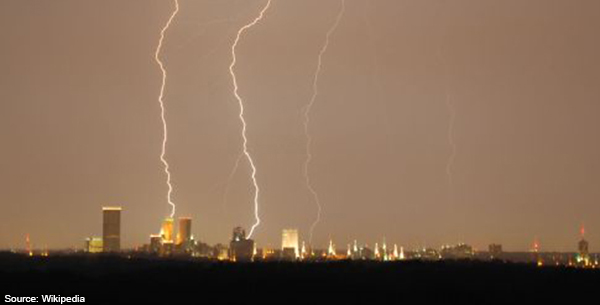 Mold growth in a home or building is often caused by excess water or humidity and the high levels of humidity and precipitation in the Tulsa area make controlling mold growth more difficult. Mold is not only a threat to damage your property, it is also a threat to your health as exposure to mold spores can lead to allergies and respiratory infections. Any mold must be removed right away and the mold removal specialists in Tulsa, OK can effectively remove mold growth and repair the surfaces it damaged. These technicians are also trained to fix the moisture source that caused the mold to help prevent future growth.

Fires are a threat to happen at virtually anytime and the damage they cause can be extensive and dangerous. Even after the fire is extinguished, corrosive byproducts, soot, and chemical emissions can continue to cause damage which will become permanent if it is not restored quickly enough. The fire damage restoration professionals of Tulsa will immediately stop the spread of the damage and they can repair and restore the damage caused to your home or building, furnishings, and personal belongings. These technicians can also restore smoke damage and remove any lingering odors left in your home or building from the smoke or fire.

From One Extreme to the Next: Tulsa Weather

The Tulsa area has a mostly humid, temperate climate but the weather it experiences can be extreme and it differs between seasons. Most of the annual rainfall that Tulsa receives occurs in the spring and early summer months and it may be accompanied by thunderstorms, hail storms, strong winds, and sometimes tornadoes. It is possible for severe weather to occur in other seasons as well in Tulsa and the area has also experienced several major floods which led the city to adopt a flood management plan in 1984. The Federal Emergency Management Agency has acknowledged Tulsa as the country’s leading city in floodplain management. 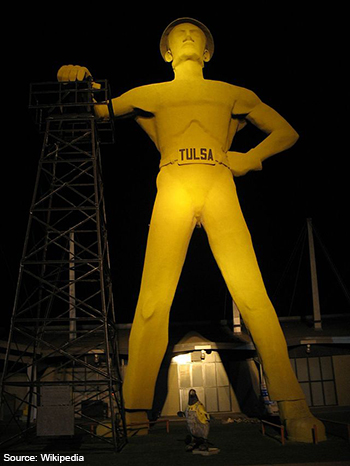 In the late summer through early fall, Tulsa experiences warm temperatures approaching the triple digits and the humidity causes higher concentrations of ozone in the air. By the fall season, the temperature drops into a more pleasant range and the nights are much cooler. The winters in Tulsa tend to be mild but the temperatures can drop down below 20 degrees and the area averages about 9.6 inches in annual snowfall.

Tulsa’s tendency for severe weather and humid conditions only increases the risks of property damage to your home or business which makes it important for residents and business owners in the area to prepare their property for severe weather and know what to do in an emergency. Whether you experience property damage from a flood, strong winds, mold, or a tornado, the disaster restoration professionals in the Tulsa area can help repair and restore your property and prevent further damage. You should never hesitate when dealing with matters concerning property damage as reacting quickly can save you costs on both the repair and insurance claims.

From an Oil Economy to Diversification: the Economy of Tulsa, OK

Tulsa became the center of the oil industry in the United States when the Mid-Continent Oil and Gas Association, later the United States Oil and Gas Association, was founded just after the United States entered World War I. Tulsa’s economy depended largely on gas and oil production throughout much of the twentieth century and between 2001 and 2003, a national recession caused large job losses in the city of Tulsa. City officials responded with the Vision 2025 economic development initiative that focused on diversifying Tulsa’s economy to create jobs to replace the ones lost during the recession. This initiative has helped improve infrastructure and retail development, diversify the economy, and raise employment levels with new jobs, resulting in an unemployment rate of 4.5% in 2014.

One sector of Tulsa’s economy that has grown is trade and transportation with the Tulsa International Airport and Tulsa Port of Catoosa. The Tulsa Port of Catoosa is the most inland seaport in the U.S. with access to international waters for trade. American Airlines operates the largest maintenance facility in the world at Tulsa International Airport which serves as the global maintenance headquarters for American Airlines and is the largest employer in Tulsa. The financial sector is another part of Tulsa’s economy that has grown since the recession of the early 2000s. The largest financial corporation with its headquarters in Tulsa is the BOK Financial Corporation. The oil industry still has a significant presence in the city as Excel Energy, ONEOK, SemGroup, Williams Companies, and Syntroleum also have headquarters in Tulsa.

The Tulsa area has been noted as one of the leaders in the U.S. in terms of income growth, one of the best cities to do business with, and a city with one of the lowest costs for doing business. These characteristics have encouraged economic development and new businesses in Tulsa and if you have a home or business in the area, it is important to keep it clean to maintain its appearance and the health of those within. The cleaning professionals in the Tulsa, OK area provide carpet cleaning services for homes and businesses that are effective for maintaining the appearance and cleanliness of the building. Dirt and other debris gets trapped in the carpet fibers with consistent use and this debris diminishes the look of the carpet and contributes to poor indoor air quality. Professional carpet cleaning services help improve the appearance of the home or building by restoring the carpeting which also helps promote a healthier environment. 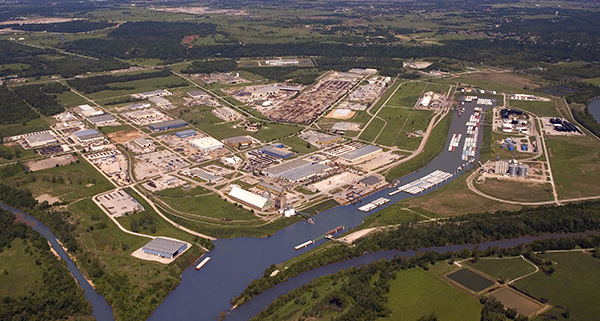 Even though the overall trend shows a steady decrease in crime rates, Tulsa still has crime rates that are well above the national average in most categories with local gangs numbering in the thousands. While crime scenes may be a regular occurrence within the city at large, individual citizens rarely if ever have to deal directly with the scene of a violent crime, but it helps to know what to do in such a situation. It is of course crucial to contact the proper law enforcement authorities and EMT’s but the cleaning must be done by professionals certified in crime scene cleanup.   There are restoration professionals in Tulsa, OK that provide crime scene cleanup services to safely remove dangerous biohazard materials such as blood and bodily fluids, as well as decontaminate the area so that it is safe for use. The cleanup of biohazard materials should be left exclusively to the professionals because they can spread infection and disease if not properly cleaned up.

From the Arts to the Outdoors: Popular Tulsa Events and Attractions

Tulsa is the cultural center of the northeast Oklahoma region with a lively art scene that is heavily influenced by American and Native American culture. The city is home to several art museums and galleries as well as performing arts venues and an excellent park system. The following is a list of fun things to do in Tulsa, OK.